I was so excited to get started on this post that I had to force myself to finish folding the pile of laundry that had just come out of the dryer or it would never get folded.  I’d finish up this post and then find something else to do and the laundry would just never make it out of the basket.  Alas!  It is done!

So…why is it so dang difficult to find a bra that fits?  There are hundreds of styles out there.  It shouldn’t be so difficult, right?  Yeah, not so much.  (And this is where the fun part of this post comes into play because, see, I love analogies and I’m gonna use one that makes tons, oodles, lots of sense.  I hope).

Think of all the aspects of fit or aspects of breast configuration, in some cases.  Are you pondering them?  There’s a lot, right?  Let’s make a list…all the ones that I can think of right now: 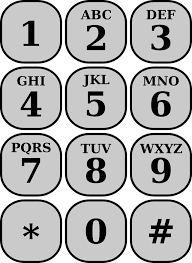 There are more breast configurations than that.  There are NOT that many bras.

So, you have to decide where you’re going to compromise.  For me, I compromise on a bra in the immediate projection arena (I have it, a lot of bras don’t)and bra lining(I don’t care if folks know I’m cold).  Aspects that I can’t or won’t compromise: Cup width (I don’t want wires poking me in the armpit), molded cups (I just don’t fill the top), and bras that are constructed in such a way that the top of the cup gives me “tarp on a boat”.

And it takes trying on a few styles to get a feel for what you’ll compromise on and what you won’t.  To date, I’ve tried on between 65 and 80 bras—some I’ve got notes on because I ordered online and tried them on at home; others were ones that I tried on in stores and didn’t have my notebook with me.  I’ve found four that worked but ALL required me to compromise on fit in some way with the compromise being different for each style.

The process of narrowing down takes some time, especially if you don’t have a bra store near you or you don’t have the method or means to order online.  I just encourage you to not give up.  Eventually, you won’t have to compromise (as much) and you will find a bra that fits.  Even if it’s just a matter of fitting *better* than your old bras.
Posted by Nichole at 9:32 AM

Email ThisBlogThis!Share to TwitterShare to FacebookShare to Pinterest
Labels: Aspects of Fit

I was so excited to get started on this post that I had to force myself to finish folding the pile of laundry that had just come out of the...

Great Places to Shop for Most Any Bra Size

As I learn more about bra construction and fit, I wanted a place that I could share what I learn. Helping others to learn helps me better understand the information that I'm taking in.
It also offers up a place to receive feedback and get the viewpoints of others. I don't claim to know all that there is to know by any means. That being said, some posts may get edited shortly after getting published because of new information. Newer posts might contradict older posts. This will be a place of continued growth and increasing knowledge.
Have questions? Please ask! I may have the same question and not even know it. Have information? Please share it! I love learning about better ways to fit myself and others. Have a great day!!